Kanchenjunga base camp trek will lead you into the pristine Kanchenjunga Conservation Area of Nepal. This park is named after its massive snow treasure Mount Kanchenjunga with an elevation of 8,586m from sea level.

Mount Kanchenjunga is 3rd highest mountain in the world after Mount Everest and Mount K2. Kanchenjunga trek gives you a very rare taste of an unexploited wilderness experienced by very few tourists. Mount Kanchenjunga is considered one of the world’s most beautiful snow massifs. Kanchenjunga Circuit trek is an ideal trekking trail for trekkers who enjoy solitude. Trek is starting in Kathmandu, the capital city of Nepal.

This trek offers the most spectacular Himalayan landscapes. The route encompasses alpine grasslands, rocky outcrops, dense temperate and subtropical forests, and low river valleys. There are also a number of high mountain lakes in Olangchung Gola, and the Tamor and Arun River systems are another tourist attraction. These two rivers are the major tributaries of the mighty Sapta Koshi River. The trek heads through diverse land topography, forests, and villages. You’ll see Kanchenjunga, as well as Yalungkang, Mt. Jannu, Makalu, Lhotse, and Mt. Everest on the way. Keep your eyes open; you might see snow leopards, musk deer, and several species of birds, along with the country’s most pristine oak and rhododendron forests.

Kanchenjunga base camp trek 18 days offers an exceptional experience of wilderness and adventure that you will remember for a lifetime Adventure.

Early in the morning, we take our flight to Bhadrapur from Kathmandu with a scenic view of the Eastern region. After 45 minutes of flight, we reach the Bhardrapur airport then we will take a car/jeep from Bhadrapur for Illam/Taplejunga which will take Approx 8 hours to drive. We will stop in the beautiful tea garden of Illam also known as Nepal's garden, for our lunch. After our Lunch, we will decent upward from Illam for our overnight stay in Taplejung.

Today we will head towards the Mitlung/Sinuwa by crossing the small river over the suspension bridge. Then our trail descends down to Tamor Riverwalk through villages and terraced fields. Some irregular villages give us an opportunity to meet local people. Upon arriving at Tamor River, we follow some narrow trails close to the river. Then a gradual uphill trail through the terraced fields and a few houses take us to the village of Hellok.

Today we will trek to Mamasik from Hellok on our third day and a decent upward slope with beautiful and friendly local people. Small tea breaks give us plenty of opportunities to encounter local people and have a look over beautiful houses and local domestic animals. We will walk along the Simbuwa Khola on our way to Mamasik and spend our overnight in Mamasik.

Today we march gradually ascending and following the Sibuwa river and cross the river again to our left side. A short steep uphill walk takes us a bit high and keeps the distance from Sibuwa River. We walk through the rhododendron, bamboo bushes, and thick forest to reach Tortong and enjoy wild animals like Red Panda, Wild Boar, Bear, Musk Deer, wild birds, and other wild animals on our way and we will stay in Tortong for the overnight.

Today we will trek through the trail of the dense forest of beautiful bamboo and rhododendron which is accompanied by the river. After that we will walk along the Simbuwa Khola gradually uphill then after some time we will reach Cheram for the overnight stay.

We begin our short trek after breakfast. From Cheram, we ascend for some time before reaching the snout of the Yalung Glacier. It is a beautiful walk on a valley trail. We also cherish the views of several Himalayan peaks. We pass through a small settlement of Lapsang before reaching Ramche. Overnight in Ramche.

From Ramche, we walk further up the valley. We then follow a stream before climbing on the moraine top until confronted by Kanchenjunga’s southern face. We walk further ahead for a glimpse of the Jannu Himal. We continue our trek further towards the Oktang Monastery. From here, we climb further up and reach the Yalung Base Camp. The views from the base camp are extraordinary. Kumbakarna (Jannu), Nyukla Lachung, and other Himalayan peaks are close by. We descend and spend the night at Cheram.

We begin our trek after breakfast. We cross four passes today beginning with Sinelapche Bhanjyang. After crossing the pass we continue to Mirgin La pass. We continue trekking and reach the Sinon La pass which is not very far. From here, we ascend to Sele La pass. There are prayer flags strung across one of the trail's steeper sections, which is very near to the Sele La pass. We cross the pass. Overnight in Sele La.

We begin our trek after breakfast. We walk towards the north with Tangbgharma Danda nearby. We reach a chorten marked by prayer flags which marks the start of a steep trail. We descend through rhododendron, birch, and pine forests before reaching Ghunsa. It is a beautiful village of houses with Day.

Ghunsa is a beautiful settlement of Sherpa people with their beautiful culture and lifestyle, so we will take a day off for the rest in Ghunsa and explore the beautiful Ghunsa. We will visit the Monastery, Juniper, and incense factory with antique shops of handmade carpets. Ghunsa is the gateway to Kanchenjunga's North and South Base camps.

From Ghunsa, we will trek further north along the river bank which presents us with magnificent mountain scenery. We will pass through meadows filled with beautiful wildflowers, then cross rhododendron and pine forests. Then we will cross a bridge at Rampuk Kharka, continue past a waterfall, and cross the tricky section of a landslide. After crossing the landslide area, we see the spectacular view of Mt. Jannu. Further exploring and tackling the tricky mountain trail we finally arrive at Kambachen and spend the night.

Today will be another challenging day and an early start is needed. We will trek through rocky fields and large boulders on the hillside along the riverbank and arrive at a waterfall. We will then cross a bridge to Ramtang monastery. After then we will cross a landslide section which we must pass through at a steady pace before descending to the river and finally arriving at Lhonak. We will stay overnight in Lhonak.

From Pangpema, we will descend all the way to Ghunsa via Kambachen. It is the same route we took when we were climbing up and down.

From Kambachen, we descend towards Phale. We will pass through several Mani’s and a monastery nearby. We will walk through Juniper forests and reach Phale. From there, it is a steady descent to Gyabla. We will cross a bridge over the river Chhundatangka and reach Gyabla. As we continue our trek, we see a waterfall nearby. We also cross a suspension bridge over river Sumbung before reaching Amjilosa. Today we stay overnight in Amjilosa.

Today we will drive through the Taplejung Bazaar with the private jeep/car then we will drive and see Nepali culture and lifestyle and a beautiful cardamom garden with a beautiful rice paddy field. After approx 6 hours of drive, we will reach Illam Bazaar and stay overnight in Illam. After reaching Illam we will do the sightseeing of Illam Bazaar Illam Bazar is one of the most popular business hubs between India and Nepal. Illam is very famous for its local products like Tea, Cardamom, Ginger, Ghee, chilly, and many other household products.

We will drive from Illam to Bhadrapur by private jeep through the tea garden with small towns in Kanyam, we can see many scenes of the tea garden and Nepali lifestyle and buy varieties of tea and local products from Fickal Bazzar/ Kanya. Then we will drive to Bhadrapur airport for our flights and fly back to Kathmandu on the same day.

The best months to trek in the Kanchenjunga region are from early March to mid-May and from October to late November. 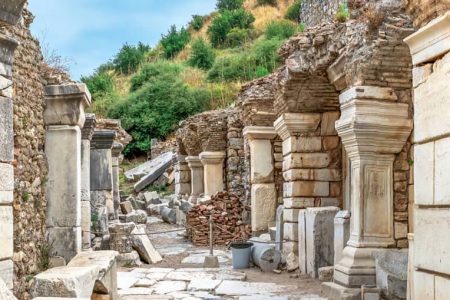 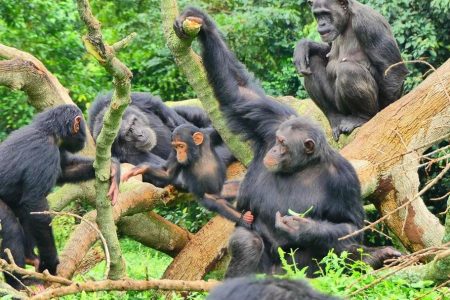 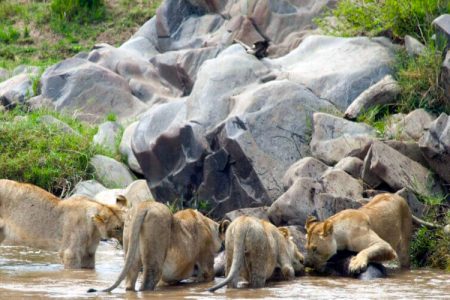 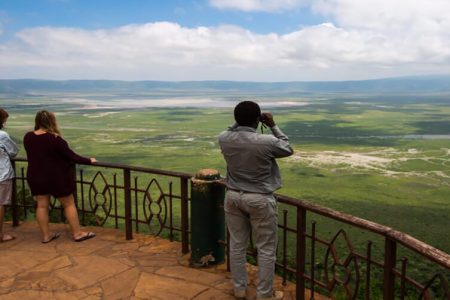